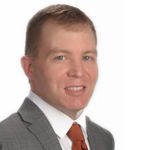 After graduating from LSMSA, Kirby attended Vanderbilt before studying at the University of Texas School of Law.
Kirby was dead-set on LSMSA after hearing about it from his mother Sandy, whose nurse colleague had a daughter that attended. Meeting Ms. Dottie on her recruiting trip to Mandeville only further sealed the deal. He lived on 2B then 1B in Prudhomme, proudly garnering the nickname Chewbacca.

Since November 2013, he has managed Drucker Hopkins PLLC – a civil trial and appellate boutique law firm he co-founded. He and his mentor of 15 years represent clients in various industries (banking, financial services, oil and gas, real estate, construction, etc.). He served on The Woodlands Bar Association Board of Directors for six years, with the last two as President (2015-17). Kirby has been recognized as a Rising Star in Texas Monthly, as well as one of Houston's Top Lawyers in Business Litigation.
In his free time, Kirby enjoys tennis, golf, poker, and general shenanigans. He is married to Jennifer Chen ('95). They currently reside in The Woodlands, Texas, with sons Will and Linc. Classmate Anu Pankaj was his best man at their 2006 wedding. He has maintained his connection to LSMSA by first serving as trustee on the Foundation’s Board, and since 2016 has served on the Alumni Association's Executive Council.
Back

Louisiana School for Math, Science, and the Arts

Louisiana School for Math, Science, and the Arts (LSMSA) is the preeminent state-supported residential high school with competitive admissions for Louisiana's high-achieving, highly-motivated sophomores, juniors, and seniors. As a public school, there is no tuition to attend, and assistance from the LSMSA Foundation ensures the program is available to all qualifying students regardless of family financial need.
© 2018 LSMSA All Rights Reserved